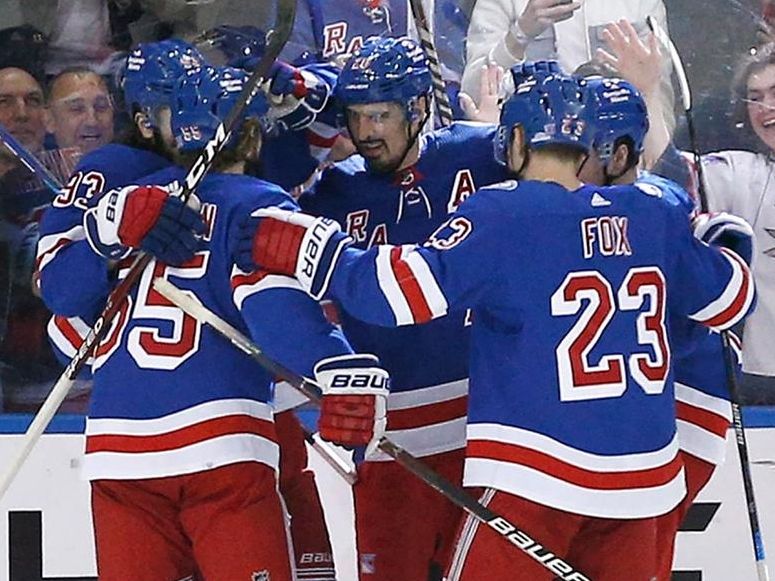 When training camp began last fall, Rangers declined to explain what was obvious to all viewers: Reaching the playoffs this season was a must for a group that had completed their four-year rebuild and were poised to open the window for the next to open era of Stanley Cup competition.

But even if they wouldn’t say it publicly, they all knew the deal.

“I think everyone knew that feeling,” said Ryan Strome after Rangers clinched their first playoff spot in five years with a 5-1 win over the Ottawa Senators on Saturday. “I think we got it. You know, you look at our roster, there’s some of the best players in the world, some young talent, a little bit of everything, [including] probably the best goalkeeper in the world.

So, mission accomplished – as far as the minimum part of the Season Objectives goes. But with nine games left in the season, Rangers still have more work to do.

They overtook Pittsburgh for second place in the Metropolitan Division and now find themselves in a battle for first place in the division with the Carolina Hurricanes. The Rangers (100 points) are two points behind the Hurricanes, who beat Anaheim 5-2 Sunday night.

Coach Gerard Gallant was asked on Saturday if a division title is next on the agenda.

“Well, it’s better,” he said. “You always fight for home ice [advantage]. You’re fighting to get into the playoffs, and then when you have the season that we have, you want to bring ice cream home. That is the next goal.”

Coincidentally, the Hurricanes visit the garden on Tuesday in the first of two remaining competitions between the teams. Continue to play.

Gallant said sometime around Christmas he started to understand what kind of season this could be for Rangers. They had lost the last three games of a four-game trip to Seattle and western Canada in early November, then ripped off an 11-1 run to improve to 17-4-3. And they won without goalkeeper Igor Shesterkin, who was out with a groin injury.

“We played right and won games,” Gallant said. “We weren’t lucky because the goalkeeper was upside down. And I think back then they said, ‘You know what, we have something special.’ ”

“[Making the playoffs] was something we talked about earlier this year,” said Chris Kreider, who scored his 48th and 49th goals on Saturday, earning Mike Gartner the fourth-best finish in a season in franchise history. “Get in the dance, redeem our ticket.

“Now it’s about building our game. Try to secure home ice. And finish us off.”

For bigger and better.