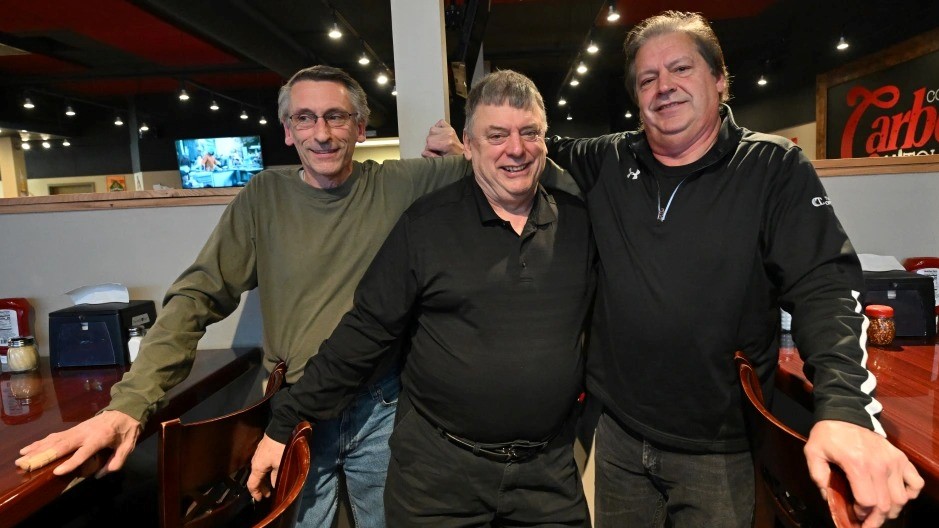 For the Harvieux brothers, combined careers at Cub Foods ring up to 150 years – Twin Cities

Mark Harvieux was out of work at Cub Foods in Cottage Grove for the last time on Thursday midday.

Harvieux, 60, of Oak Park Heights, spent his career at Cub Foods, starting at age 16 as a bagger at Hooley’s Grocery Store – the forerunner of Cub – in downtown Stillwater.

He is one of four brothers who have spent most of their careers – nearly 150 years combined – working for the grocery chain, the dominant grocery retailer in the Twin Cities market.

The eldest, Dave Harvieux, 70, of Stillwater, retired in 1989 as senior director of Cub Foods’ franchise division before leaving the company to pursue other real estate opportunities. Brian Harvieux, 62, of Lake Elmo, retired as General Merchandise Manager at the Cub Foods store in Arden Hills in February 2021. The lone brother who still works, Ed Harvieux, 57, of West Lakeland Ward, is the receptionist at Cub Foods in Burnsville.

Mark Harvieux was part of the early morning stock crew at the grocery store at 8690 East Point Douglas Road, helping to get the store, which is open 24 hours a day, ready for daytime sales.

“I liked it,” he said. “You could come in and get your stuff done before it gets too crowded. It was just more productive.”

Mark Harvieux said he won’t miss his 2:30am alarm or his 7pm bedtime, but he will miss the people.

“It was a fun deal to be a part of,” he said. “I liked the people I worked with and you get to know certain clients. … I’ve only ever worked for Cub. For the most part it was a great company to work for.”

The Harvieux family history with Cub Foods began in 1969 when Dave Harvieux was a bagger at Hooley’s Grocery Store in downtown Stillwater. Dave Harvieux, a senior at Stillwater High School, “began packing groceries, stocking shelves and mopping floors,” he said.

The family lived in Stillwater’s South Hill neighborhood, and parents Bernie and Eileen Harvieux had a rule: “If you want something, you have to earn enough to pay for it,” said Dave Harvieux.

Dave Harvieux worked his way up to assistant manager and continued working while taking courses at the University of Minnesota, he said. Early in his sophomore year, Jack Hooley, the owner, offered him the chance to be the manager of Food Bonanza in Brooklyn Park.

“It was an opportunity that people would dream of after they graduated,” he said. “I was offered the job when I was 19. I started when I was 20.”

Food Bonanza became Cub Foods in 1973. Dave Harvieux later worked at Cub Foods in Fridley and then opened the shop in Burnsville before being promoted to regional manager in 1975. In 1981 he became senior director of the company’s franchise division. The Stillwater-based company is now owned by United Natural Foods Inc., a Rhode Island food wholesaler that bought Cub’s Minnesota-based parent company, Supervalu, in 2018.

“I’m fortunate to have the kind of opportunities Jack Hooley gave me at a very young age,” said Dave Harvieux. “To have that kind of trust and put that kind of responsibility on someone who was 20 years old is pretty incredible. The company has changed, but the opportunities to get started with a good job and good pay and benefits have been remarkable.”

Brian Harvieux retired from Cub Foods in February 2021 after a 44-year career, “three months ago 45 years,” he said. Most recently, he served as General Merchandise Manager at the Arden Hills store.

Like his brothers, he began working as a bagger at Hooley’s downtown store. he was 16

“Mom bugged me about getting a job, so I got a job,” he said. “She said, ‘You need transportation at Hooley’s.’ I did sports and mowed the grass. I thought I had enough money. I do not think so.”

Brian Harvieux said he worked at “11 or 12 different (Cub Foods) stores” in the metro area.

“I went to the University of Minnesota for a couple of quarters, and then they offered me full-time and I went full-time,” he said. At the age of 21, he was offered the position of assistant manager at Cub Foods in Little Canada, he said.

What did he enjoy most about working at Cub? “Working with clients,” he says. “The daily contact with customers.”

Ed Harvieux, the youngest of the brothers, could not be reached for comment.

The brothers had one sister, Joan Harvieux Zevenbergen, who worked as a beautician, Dave Harvieux said. She died in 2002 at the age of 47.

Dave Harvieux said he learned many invaluable lessons from Jack Hooley, who was known for his “high ethical standards.”